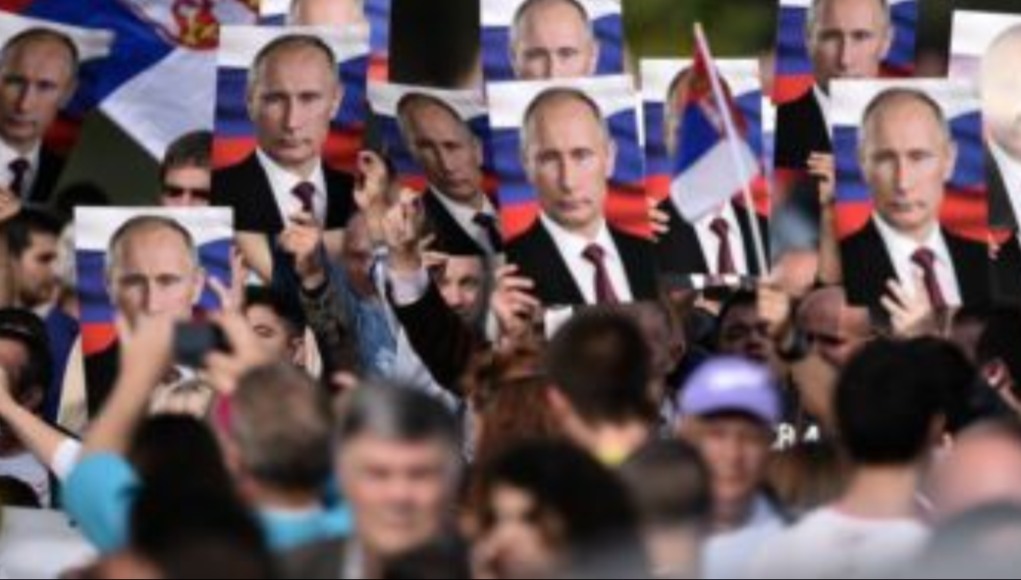 2021will be a year of rising conflicts between the West and Russia for the future of the Western Balkans. A new U.S. administration has promised to restore and rebuild trans-Atlantic relations, while a resurgent Russia has vowed to stretch its imperial reach at the cost of Western unity.

Unsurprisingly, the election of Joe Biden is generating anxiety in Moscow that Russia’s European ambitions will be more directly challenged by Washington. While in recent months the Donald Trump administration has focused on withdrawing American forces from Europe and avoiding embroilment in any new conflicts, the Kremlin fears that President Biden will re-engage in disputed regions such as the Western Balkans in pursuit of Western integration.

The recent tour of the Balkans by Russia’s Foreign Minister Sergei Lavrov demonstrated Moscow’s disquiet. In practice, Lavrov’s statements about the significance of the Balkans projected Russia’s own aspirations on to the U.S. He claimed that some Western countries “would like to turn this part of Europe into an arena of geopolitical confrontation and create new dividing lines.” That is precisely what the Kremlin has been trying to accomplish to prevent the remaining Western Balkan countries from settling their internal and external disputes and qualifying for NATO and EU membership.

On his political pilgrimage in mid-December, Lavrov targeted two countries that enable Moscow to pursue its regional “divide and conquer” strategy – Bosnia-Herzegovina and Serbia. During a controversial visit to Bosnia, Lavrov openly opposed the country’s membership in NATO by stressing the alleged “military neutrality” of the Serbian entity inside Bosnia. In reality, decisions on international alliances can only be made by the central government in Sarajevo and not by entity leaders or foreign agents such as Lavrov.

Unsurprisingly, the Bosniak and Croatian members of the country’s presidency pointedly refused to meet with Russia’s Foreign Minister and called his visit disrespectful toward their country. They criticized him for meeting first with Milorad Dodik, the Serbian member of the presidency, and for interfering in Bosnia’s internal politics. Lavrov responded by claiming that both presidents were acting on instructions from outside powers – a standard Soviet and Greater Russian accusation in dismissing the sovereignty of smaller countries. 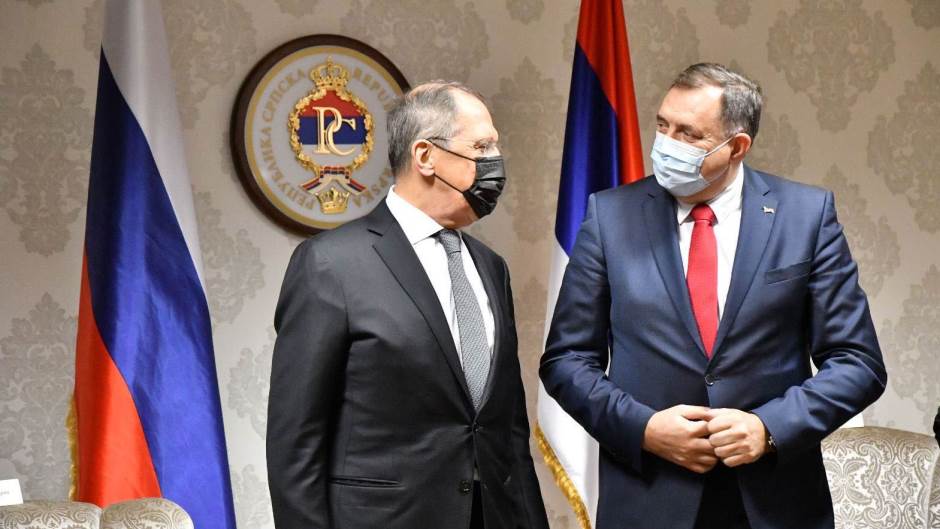 Lavrov asserted that the Dayton Agreement that ended the war in November 1995 should not be changed despite “calls from abroad.” Moscow is clearly alarmed that American and EU officials will be exploring constitutional formulae that can end Bosnia’s painful paralysis. Many now recognize that Dayton is stifling the country’s development and any realistic prospects for EU integration. Hence the Kremlin’s enduring support for the outdated agreement. Lavrov’s attack was evidently in response to Biden’s recent statement that efforts to construct a functional multi-ethnic Bosnian state remain incomplete, while he committed the U.S. administration to assist in its completion.

Moscow will continue to vehemently oppose Bosnia’s progress into the EU, as this could limit Russia’s economic penetration and political corruption. Lavrov offered various economic incentives to Banja Luka, including joint projects with Russian companies in gas infrastructure that would make the Serbian entity increasingly dependent on Moscow. Lavrov also called for the closure of the Office of the High Representative (OHR), which oversees the civilian implementation of Dayton, a move that would further embolden RS leaders to defy the central government and threaten secession. Separatism remains a valuable card for the Kremlin that it can play if its efforts to keep Bosnia divided and dysfunctional are seriously threatened.

As in Bosnia, Lavrov spotlighted projects that intensify Russia’s inroads into Serbia’s economy, including the Turkish Stream gas pipeline, the Belgrade-Novi Sad high-speed railway, and the Djerdap 1 hydroelectric power plant. In their visit to the Saint Sava Cathedral, in which a letter from President Vladimir Putin was read out, Vučić and Lavrov also highlighted the tight links between the Russian and Serbian Orthodox Churches, both of which promote Russian and Serbian territorial revisionism.

In a third avenue for Russia’s regional subversion, Bulgaria’s blockade of EU accession talks for North Macedonia directly assists Moscow. The beleaguered government in Sofia is trying to gain public support by fanning historical and identity disputes with Skopje. But its actions serve the Kremlin in three ways: preventing North Macedonia’s progress into the EU, expanding inter-state disputes in the Balkans, and mobilizing the pro-Russia lobby in Bulgaria. 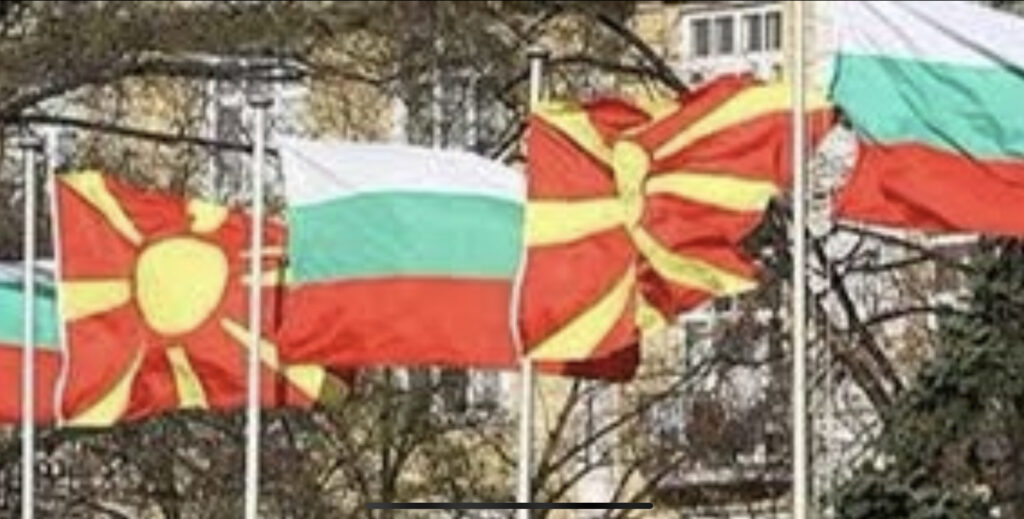 This provides Moscow with a third potential proxy in the region, together with Serbia and the RS. Moscow is also calculating that the new coalition government in Montenegro will stall or reverse the country’s Western course and ignite fresh disputes with neighbors.

Even while it is planning to further disrupt the Balkans, Moscow will seek rapprochement with the Biden administration, as it does with every incoming U.S. President. The purpose will be to convince Washington to disregard the Kremlin’s unilateral gains in its foreign offensives during the previous four years and to delude Washington into believing that a new grand compromise with Russia will avert future conflicts.

The Biden administration will have the opportunity to reassert enduring American and European values and interests throughout the Balkan peninsula. A core component of such a strategy must focus on repelling damaging Muscovite influences and exposing the escalating failures of the Russian Federation. 2021 promises to be a year of reckoning between two distinct visions for the Balkans – a cooperative and successful region under a NATO umbrella or an unstable peninsula exposed to negative Russian and Chinese manipulation.